Our travel to Vietnam starts in Hanoi. First look at the capital city of Vietnam ; first feelings and emotions in the country and first meeting with its inhabitants. Here is our first steps in these endless streets, first advices and tips to sort it out in this big city. 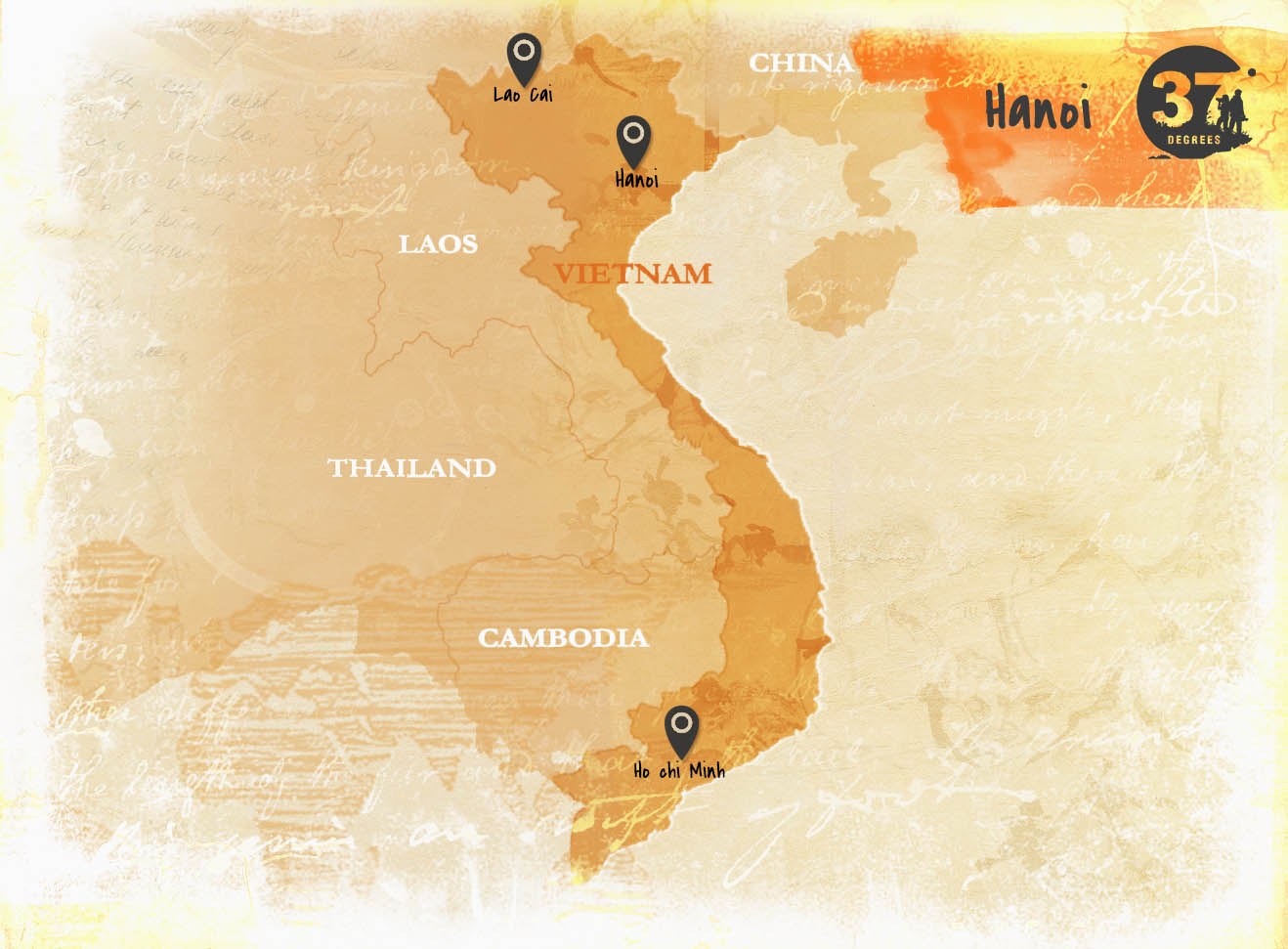 The first thing, when you arrive is the warmth, the misty mood and the humidity that catch you. Even though as a city from South-East Asia, Hanoi can get cold. As a continental weather, like in some area in France, it can be around 10 degrees and you can forget the 30 degrees from the postal cards. So be ready for it ! 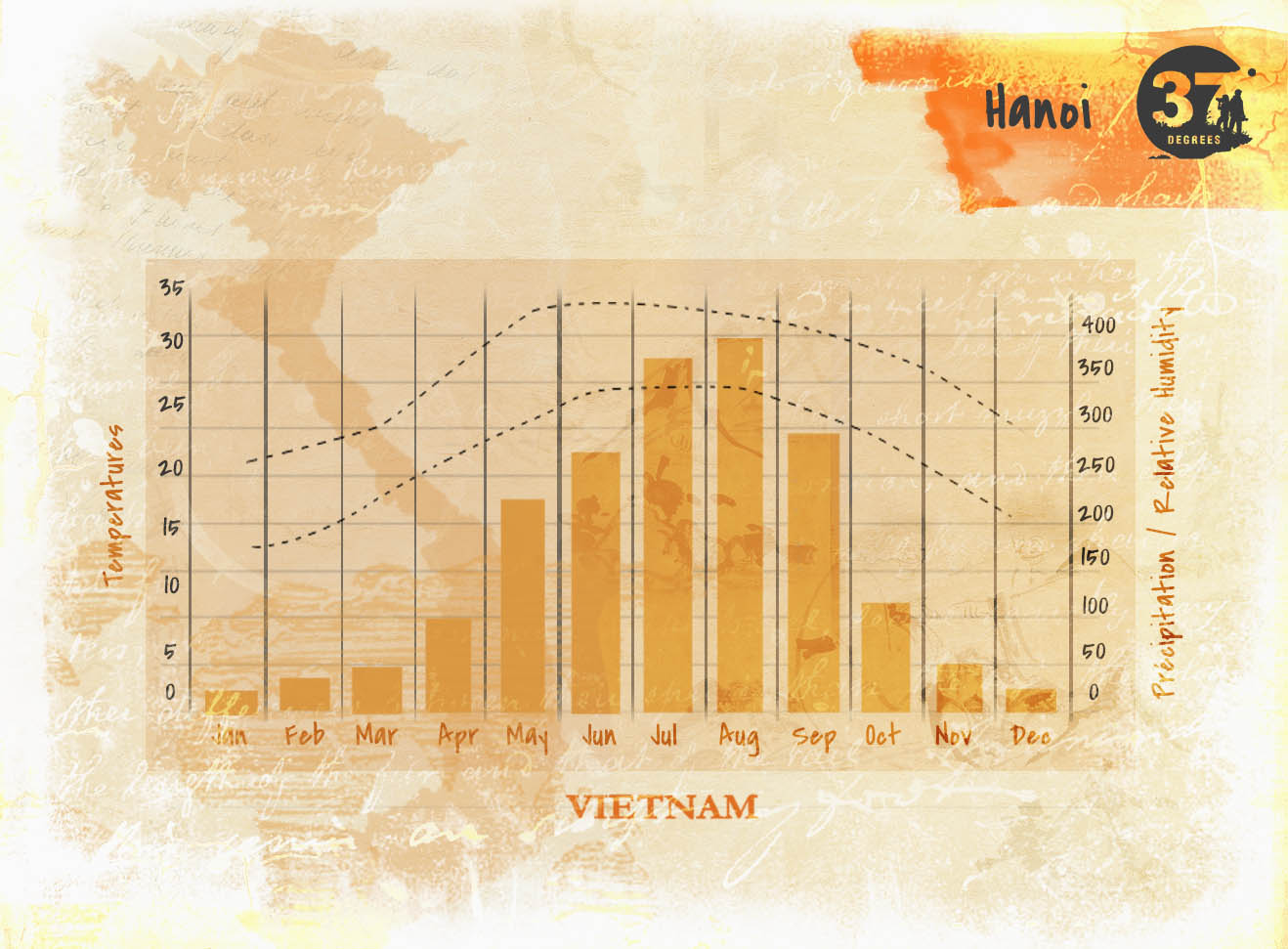 Populated by more than 7 million people, the capital city is still smaller than Ho chi Minh and its 12 million inhabitants. Thus, speaking about Hanoi we could almost speak about a human size city for South-East Asia. 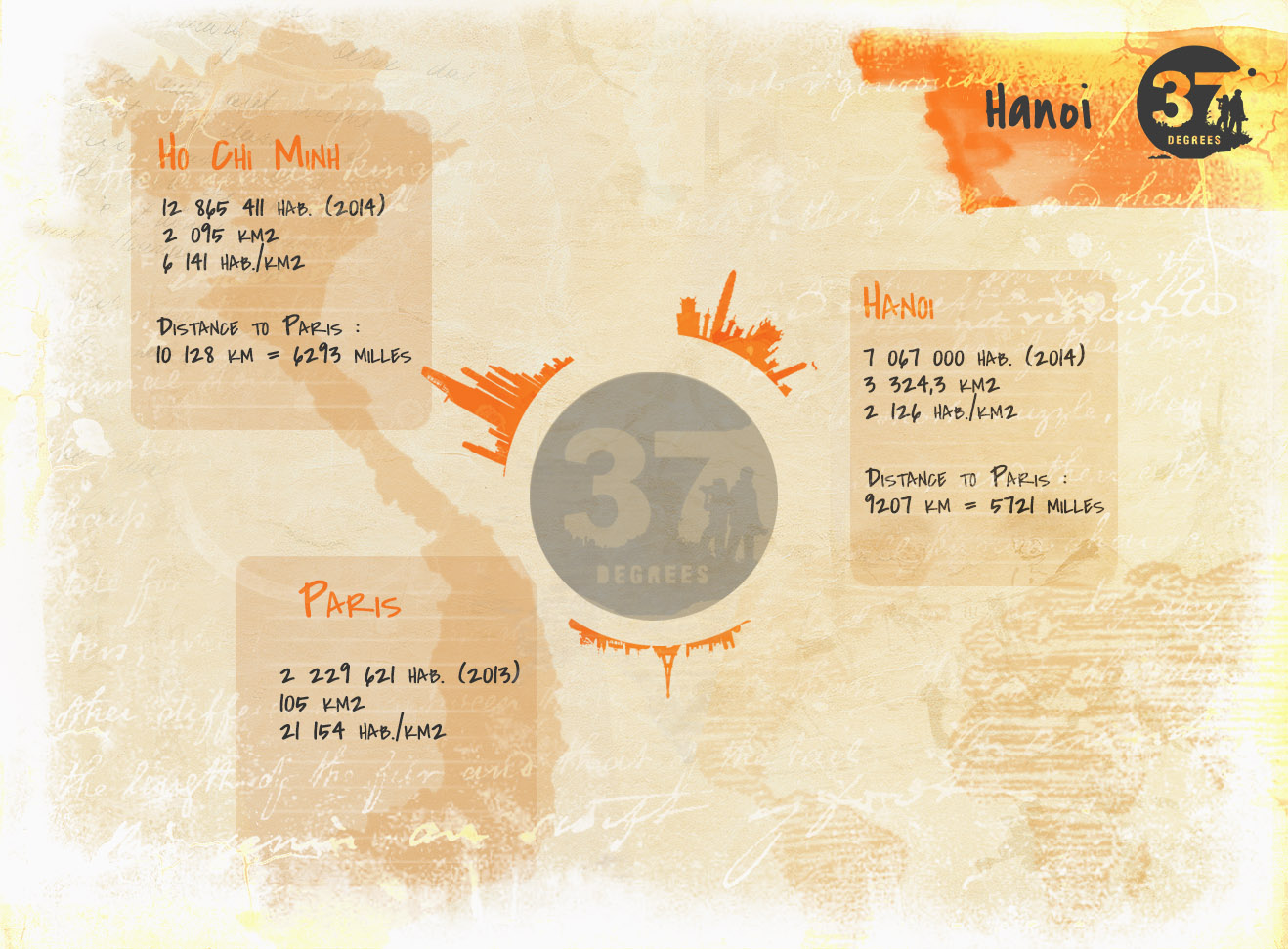 "Ha noi" in vietnamese means " in the river". In fact, Hanoi was created on the Red river border which throws itself into the Chinese sea in the Halong Bay. With this location, the city is cleary an important cultural point in the area. Many museums speaking about the history of the country are not to be missed ( the war museum, the Etnologico museum for instance ). Its big communist places can also be considered as open air museums for curious travellers.

As many big cities from Asia, the architecture is dense, piled up and overloaded. But surprisingly, the central distric can still breath and many small streets are relaxing. That's maybe why most of the hotels are in this area and also because its in the middle of the main attractions of the city. Outside this area it gets really crowded quickly. The city gets quickly really dynamic and bustling.. If you are in search of an agitated walkabout, do not hesitate to spend a whole day in a market. You won't be disappointed!

What represents well Hanoi is its greenery. There are many trees in the edges of roads and we find easily small parks in the city center.

Curiously, the edges of the huge Red river is not really used as a relaxing area. Between swamp and black waters, the accesses of the river are reserved for the big highways, the noise and the pollution. 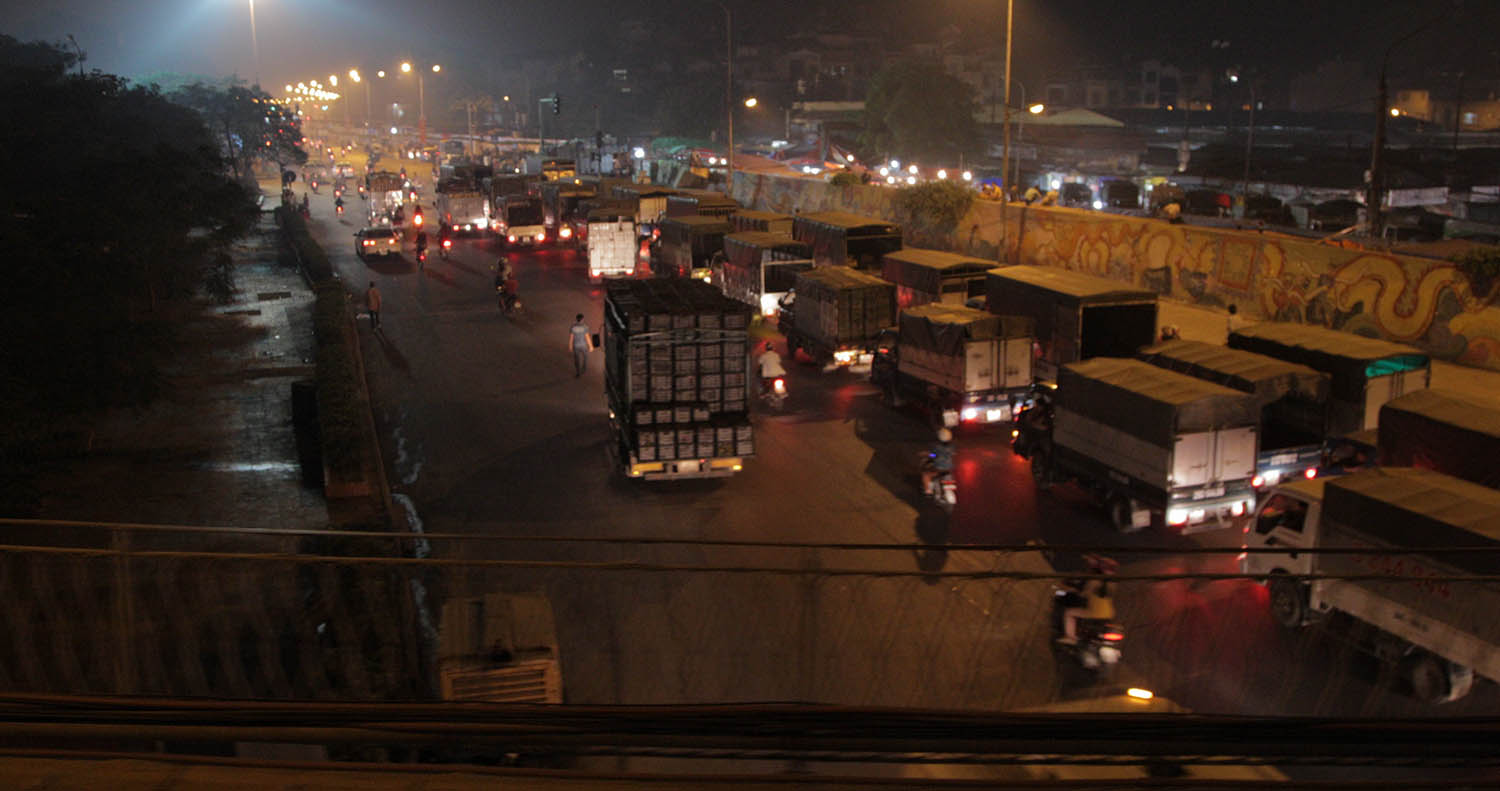 The basic house in Hanoi is made of several apartments within a quite in-depth house and in height. Between every floor, we find terraces in a disrupted aspect giving a real charm to the place. Such architecture in staggered in rows. The ground floor often contains a small shop in the living room of its habitants who share their everyday life with the passers-by in the street. But the funniest is to go higher. It's above that you understand the parallele life that takes place in Hanoi where the city-dwellers spend a lot of time perched on roofs. 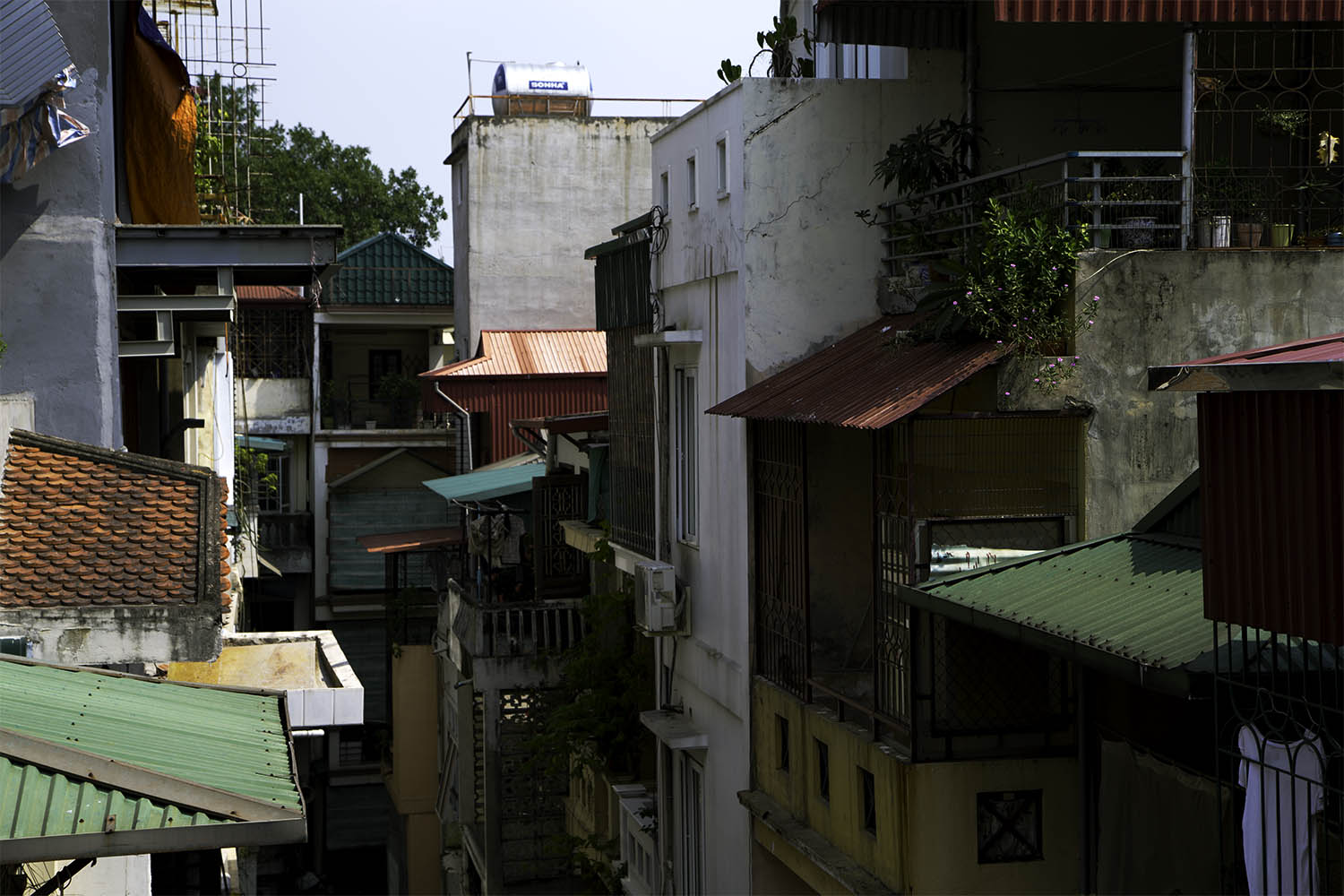 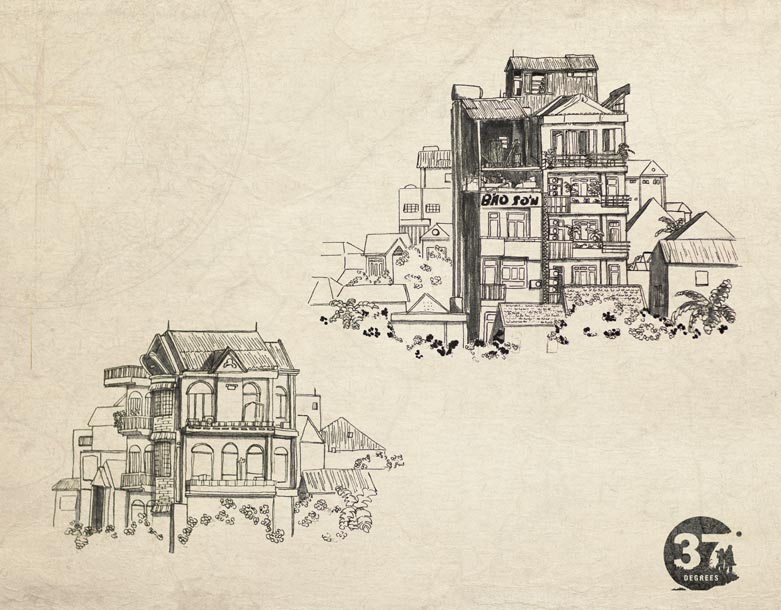 We have already quickly raised the subject, but here is our opinion to make the good choice for your stay in Hanoi. Favor the "central district" and if possible around the cathedral holy Joseph. You are maybe wondering why? Simply, because the few roads around it only allow 2 wheels, so no cars, no traffic jam, no noise... Plus, with a taxis it's quick to get to the train station, the museums and other touristic places. Pretty handy for backpackers. Also within a 15 minutes walk you will get to the Ho Hoan Kiem lac and its coffee places. It is a very strategic district to appreciate the numerous city faces! We choose one of the many "Especen" hotels. Its small team is really welcoming and friendly. They won't try too hard to sell you tours and will always answer your inqueries.

Then, a small advice regarding the food. A place to avoid absolutely ; a " no go zone " if you don't want to have a bad memory of the Vietnamese gastronomy. Do not eat at the restaurant in the corner of Le Tai Tho and Luong Van Can. It was our worst food experience in Vietnam.  Of course it's a really personnal point of view, based on one meal there but I wish someone had gave me the advice beforehand so I am taking the initiative for the next travelers in Hanoi.

Contrary to other capitals which never stop, Hanoi falls asleep early. And even in the touristic district, if as us because of the jetlag, you have difficulty in falling asleep and you begin to be hungry at 11:30 pm... It's not that easy if you want to avoid going far at late hours. The Vietnamese eat early, more around 6 pm explaining why shops close early.  You will have to take the rythms and adapt to their habits. But don't worry you can still find fruit street sellers! Do not hesitate to negociate though ! ;) 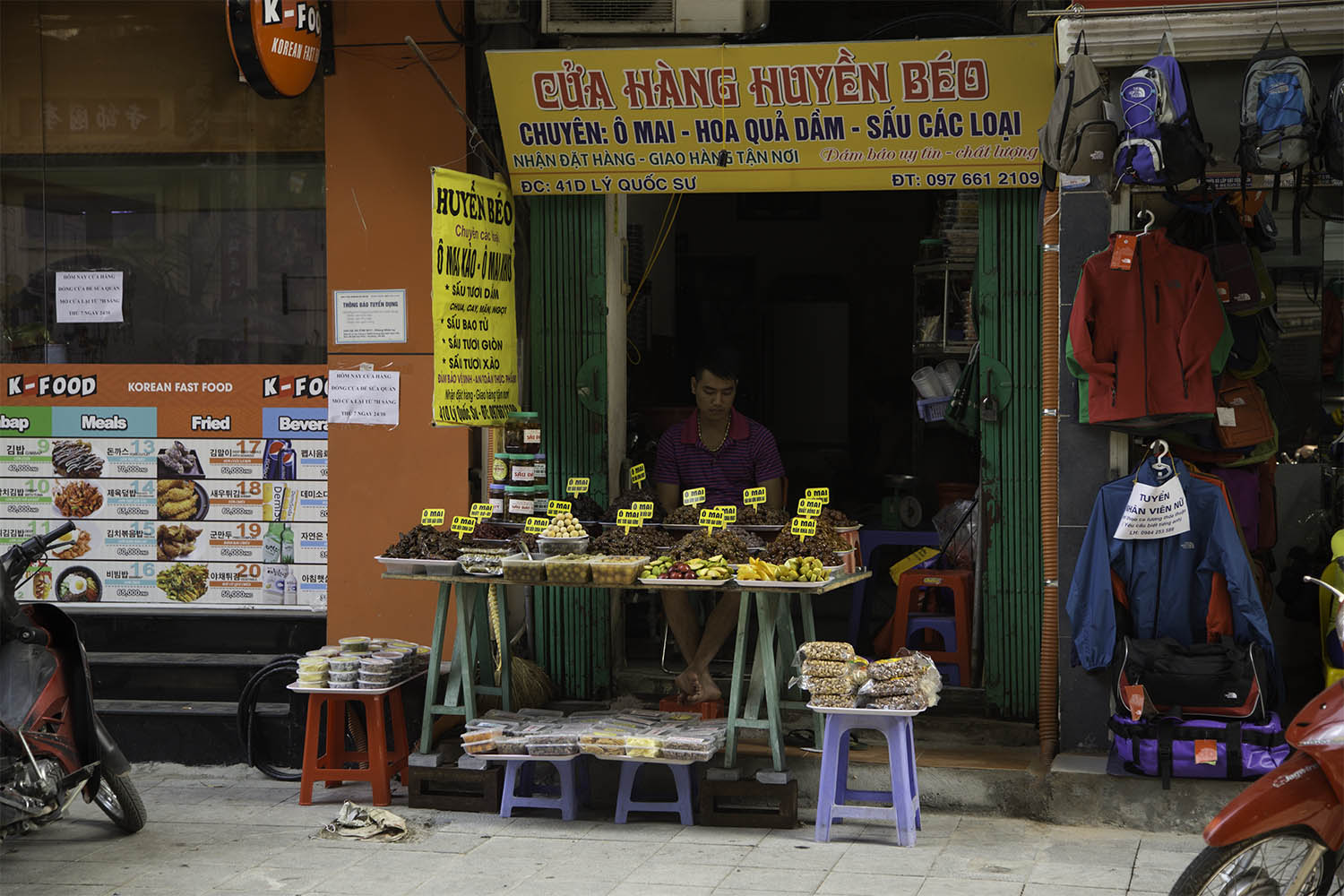 For the beginning of a journey in Asia, a way of getting acquainted with the Vietnamese gastronomy or simply to quench an urge to eat good family dishes we found what you need! The Minh Thuy's restaurant is located in the old district in the middle of many hotels but you won't be disappointed by the quality of the food. The quantities are generous and every dish is also as good as an other. We tested the stew, the crispy noodles some fish dishes... but we highly recommend you the spring rolls. The best we ever tested ! 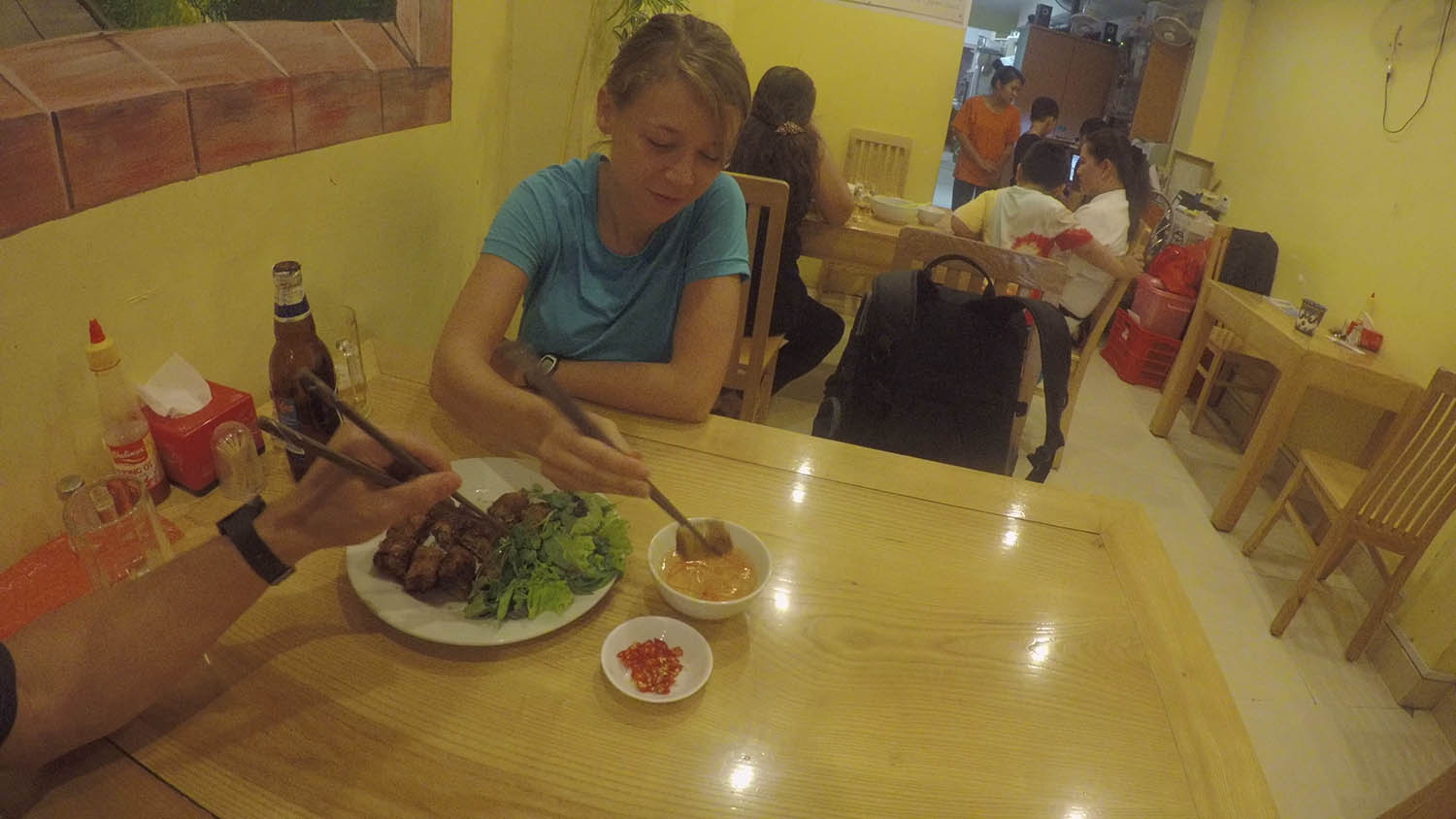 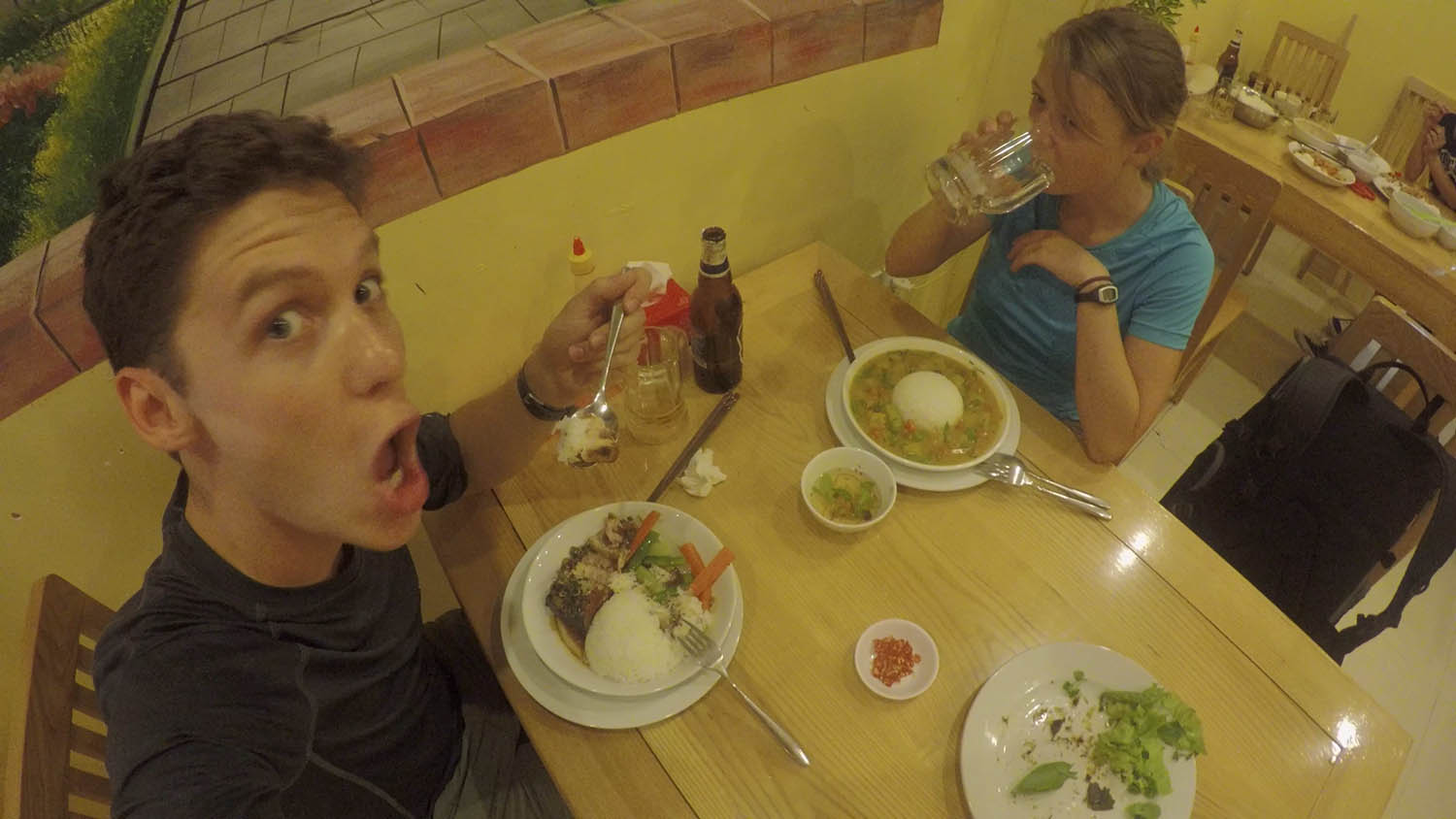 To conclude, we had a great time in Hanoi, an amazing week really. The city surprised us with its charms and the human scale of its center. But also because of its people, all really friendly. Everything seems to be changing pretty fast in Hanoi, it's defenently a city that will need to be visited again in 5 years.  But this first contact is making us really exciting about the rest of our trip. The adventure carries on !

Tweet
More in this category: « First steps with our polaroid ! From Lao Cai to Sapa, a small practical guide. »