First steps with our polaroid !

After the camera, the sketchbook and the toolkit, it's a newby that joins us : the polaroid. It doesn't matter if it is windy or raining, from now own the polaroid will always be with us.

One of a kind, the immediacy of its pictures and the risk of failure gives it a very particular stamp. As much as sketches, photography and video, the polaroid is now fully part of our 37Degrees project around the world. Our history with this "argentic" medium started with the model 600 from The Impossible project.  This model accompanied us in our first steps in London. First tests, first failures, London is not known to be a sunny city and its grey sky gave us some challenges. Nevertheless, it is really fun to play with the heat during the development of the pictures and the flash in this cold atmosphere of autumn in London. 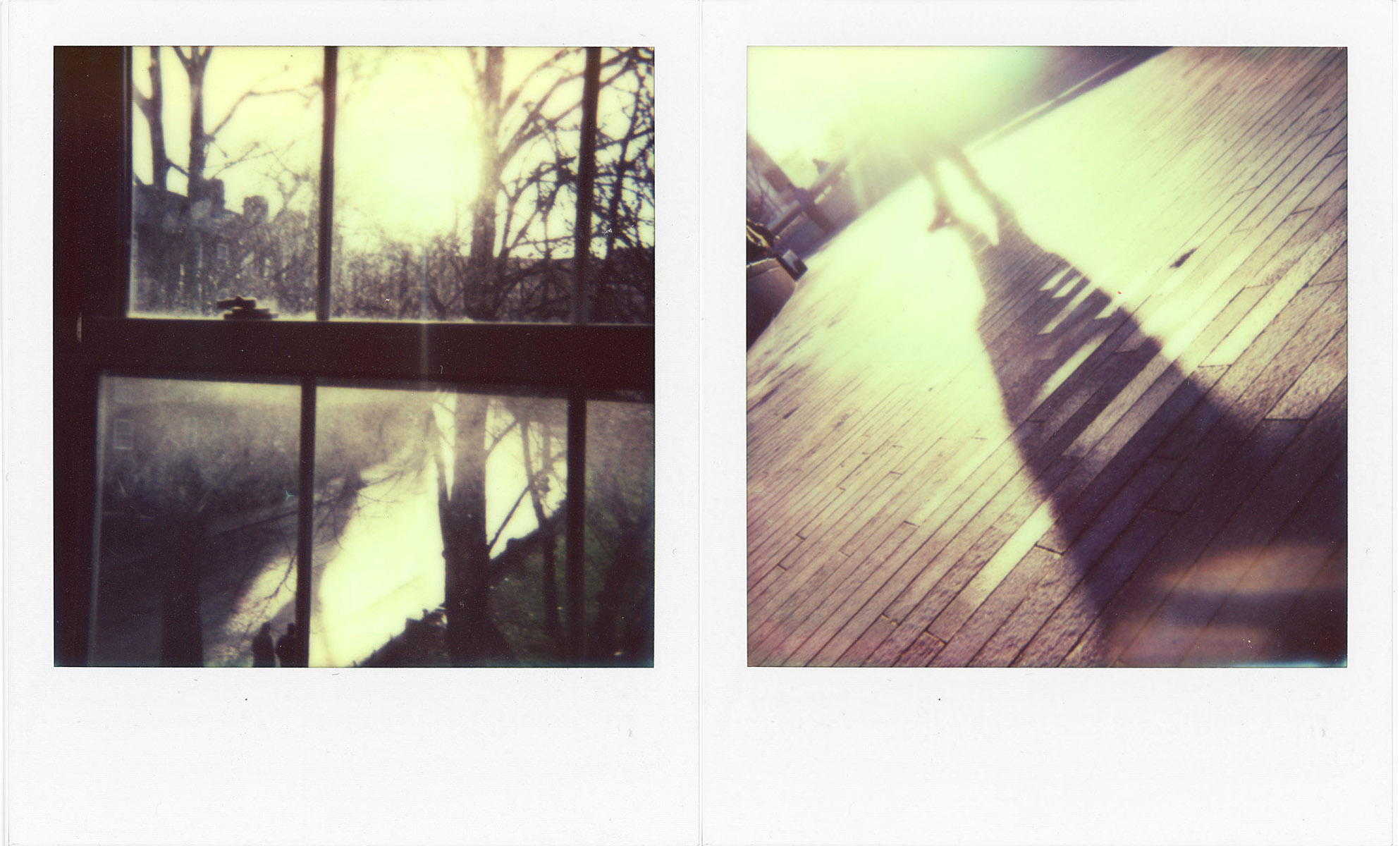 Not really good in low light, the 600 is really good with daylight and high contrast. Let's explore the Thames' banks! 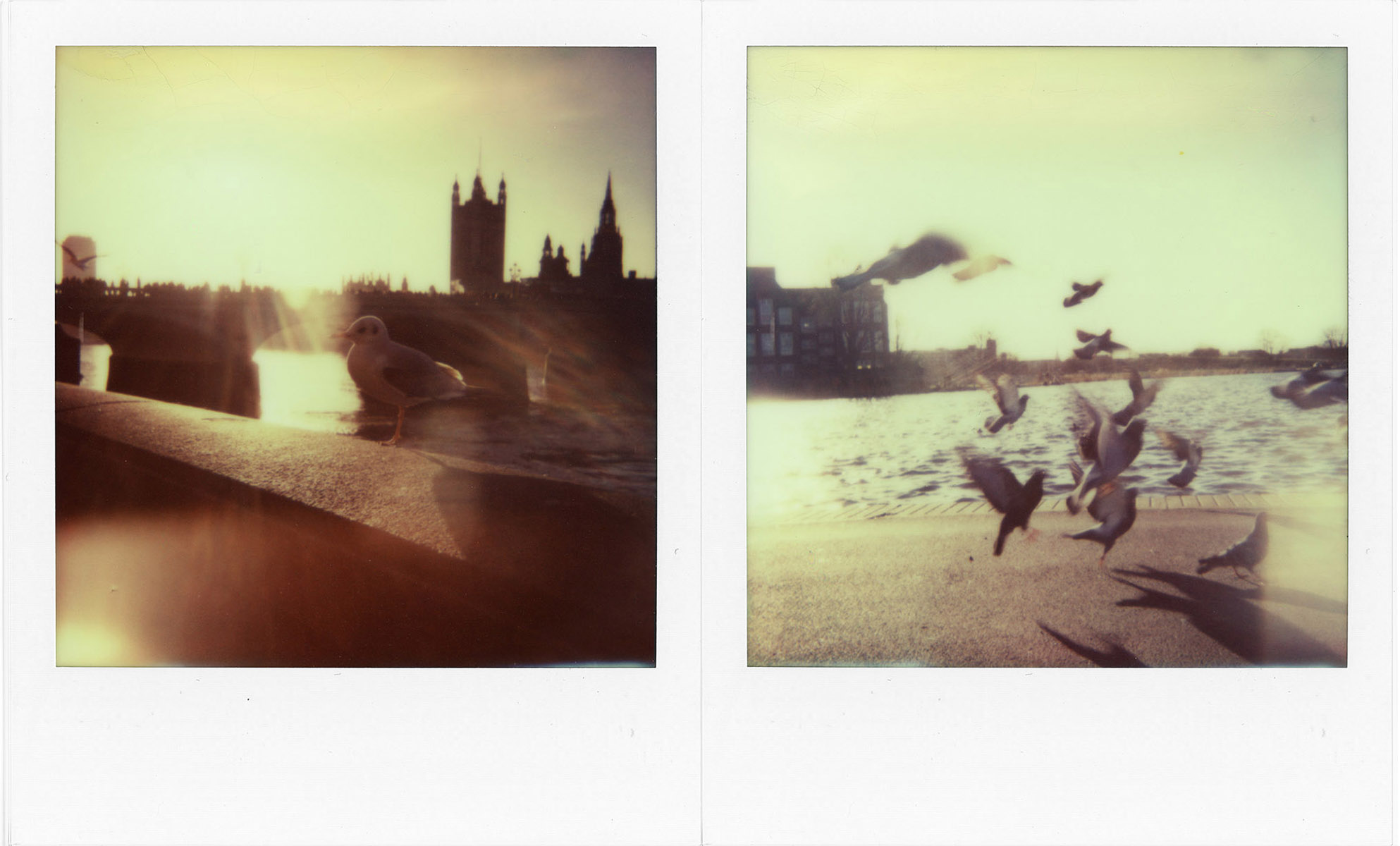 Despite it's fashionable side, the polaroid still create curiosity in London. However, it's now a really furnished market with really diversified models and accessories. From digital polaroid with a small printer inside, through added app to smartphones to the oldest models, this medium is fully back. Which is great because The Impossible project re-started the making of film.

After our first tests, 37Degrees goes to the next level : the SX70 from Mint. This camera let you control the shutter timing which was not the case of the 600. Curious, we abandonned our 600 camera to fully explore our SX70 and our first step in London were really concluding. Also, using some lenses especially a wide angle let us really control the aesthetic of our pictures. 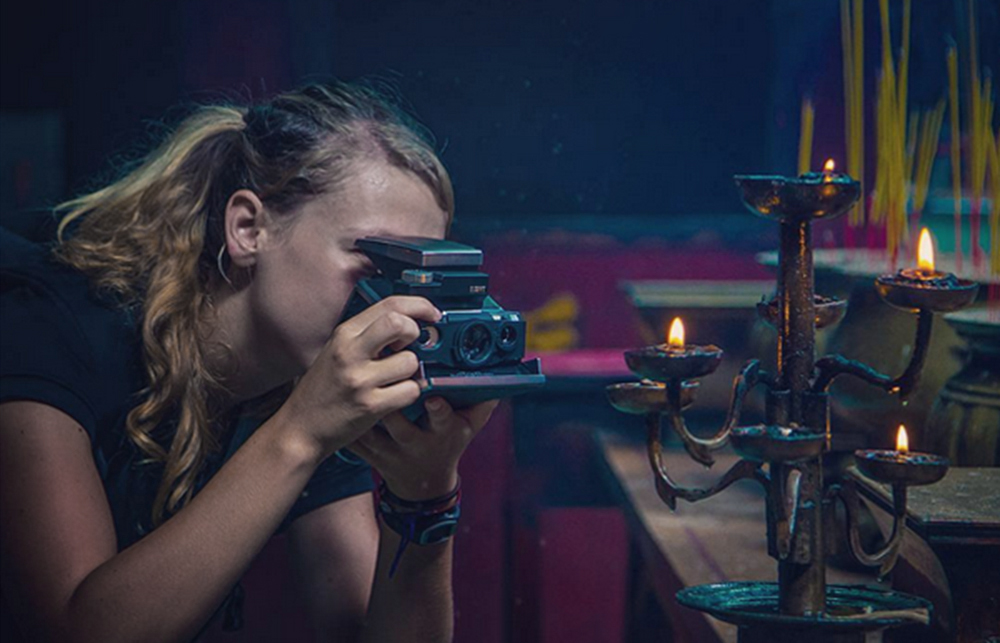 Other improvement, for this model, 2.0 films are available and let you developpe your films under the light in a good 10 minutes instead of 40. Which gives you more chances to sucess your pcitures, especially while travelling.

The first big trip of our SX70 was in Vietnam. It was a baptism in real size. 2 months with 90 % of humidity and a temperature between 0 and 40 degrees. The SX70 surprised us with its strength. In spite of long hours of motocircling with high temperatures, we could use it at any time. We left with colors films and black and whites, and I would deeply advice the black and white 2.0. The quality and sharpness of the images is amazing. Especially by night, this new formula creates really strong images. 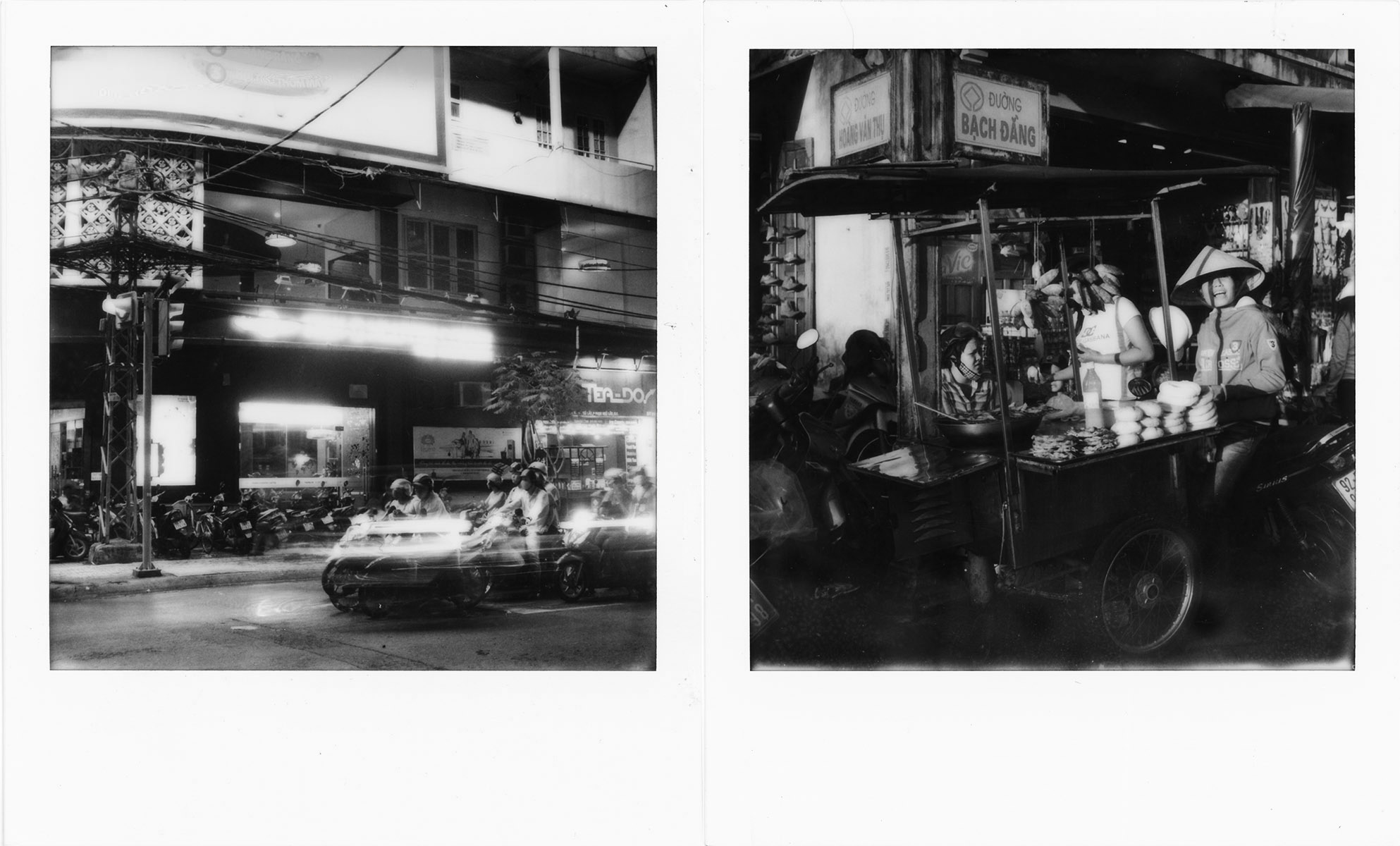 We are ready for long shutter times! Tripod, lamp, light painting, sports photography, almost everything is possible with the SX70. 25 film boxes at the beginning were almost enough to quench my need of pictures. 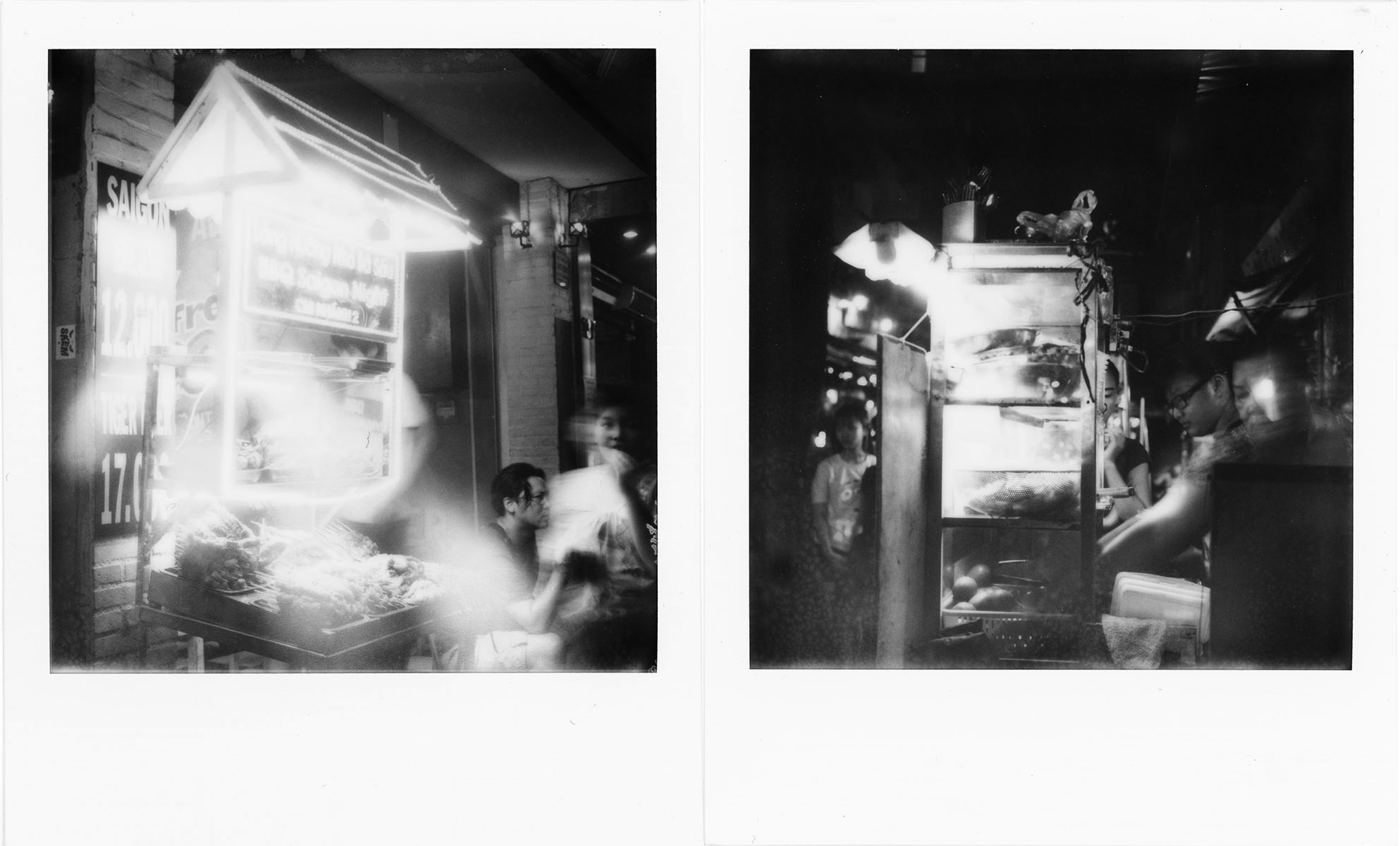 On location, the small polaroid creates a lot of questions. Wierd object, unknown shape, a picture gets out of the box ! Well, a lot of reason to make people curious about it !

His strenght is the physical aspect of its images. Thanks to it we could break the ice with local people. A real advantage for a backpack travel. It let you create and exchange without the language as the pcitures talk for themselves. Where pictures are valuable with money, sharing a polaroid picture amaze people and create great moments quickly. 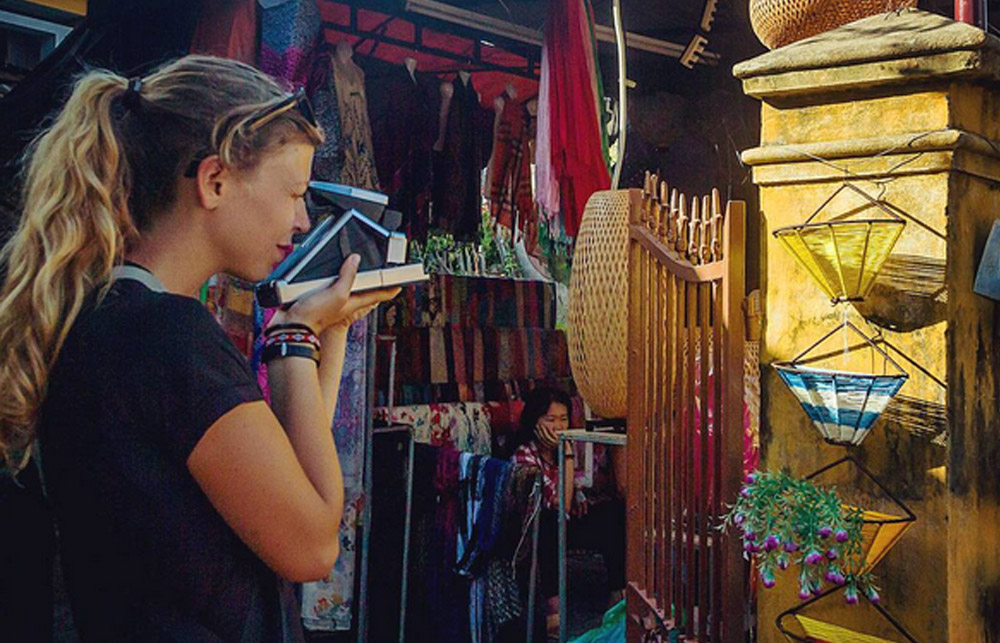 As a difference with the digital medium, for which we have a lot of affection, the polaroid is an uncertain format. Wrong temperature, deffective films, wrong quantity of light, action which goes too fast... Every single picture is related to a lot of factors which create its own history. A beauttiful way to tell stories. It is through the complexity of the pictured moments and with the subjectivity of the audience that the story is told. Every picture is linked to the way people read it and the polaroid tells selfishly its own story with its wicknesses. Eternal moment, it is the story which accompanies it that evolves in time.